The Club is deeply saddened by the news of Her Majesty’s passing and wish to express our condolences to all her family. 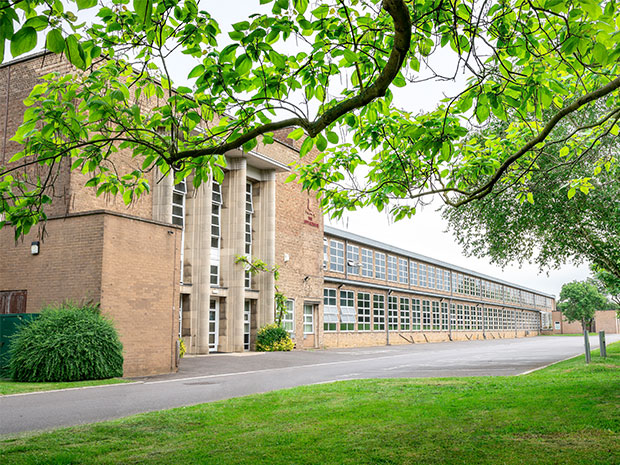 You are invited to join the School Speech Day.

Crypt careers lead Chris Germaine is looking for some OCC input. He writes…

As the new academic year is about to start, I am looking for Old Cryptians who are interested in sharing their career journey since leaving The Crypt? A great opportunity to reminisce about your time at school and staying part of the 1539 Foundation.

I would love to hear from you to create a series of podcasts and video chats to share and inspire with current students, as well as share amongst the OCC network.  I would love it for you to get involved.

Send your details to webmaster@oldcryptians and I’ll forward to Chris.

Dr. Graham Russell writes to tell us that “PD” Roberts passed away on 8th August.

He was always known as “PD” and his National Service took him to Canada Canada for pilot training.

Peter was an active, respected and loved president of the Gloucester City Hockey Club, who have written a moving tribute to him on their website, as well as a keen yachtsman.

The Club is saddened to receive the news that Gerald Rudge has died aged 78 years.

Thanks to Dr. Graham Russell who sent us the following…

Gerald was a journalist & one time Literary Editor of the Daily Mail.

He subsequently returned to live in Ross & worked for the Western Daily Press. On retirement he moved to Brixham & Burgundy, France.

He was a great supporter of the OCC, regularly attending London & Oxbridge dinners.

I am in touch with his sons.

I will attend his funeral on 17 August @ Linton Church, nr Ross.

My father Gerald Rudge (1954 – 61) described himself to me as “a reluctant pupil” for his first three years at the Crypt. It seems his elation at having passed the 11-plus and being rewarded with the customary new bicycle was short-lived. He quickly found himself being compared unfavourably with his academically gifted elder brother, Edward, in whose shadow it seemed he was destined to exist.

Fortunately there were exceptions. At the beginning of Year Three he found that  Fred Strachan was his new French teacher, Bernard Jones for art and, best of all, Charles Lepper for English Language and English Literature.

Immediately these three encouraged him to believe in himself. Charles Lepper discovered an embryonic creative writing talent in my father which he encouraged him to pursue and develop in his spare time. In his last year at the Crypt he  decided on a career in journalism and began writing to local newspapers to try to find a vacancy for a junior reporter.

The Crypt’s maths master A.L.C. Smith also doubled up as Careers’ Master at that time and apparently made no secret of a bizarre distaste for newspapers and journalists.

This is how my father recalled his conversation with A.L.C. Smith:

“We don’t like to think of boys from the Crypt becoming newspaper reporters. Do you really want to spend your time hanging around in the rain on street corners? Newspaper reporters are in the same bracket as second-hand car salesmen and estate agents.”

Much to A.L.C. Smith’s chagrin Gerald began work as a junior reporter at The Citizen, then in St. John’s Lane connecting Gloucester’s Northgate and Westgate streets, in 1961 and after completing a satisfactory six-month probationary period signed his indentures for a three-year training.

It was the career of his dreams – and for the rest of his working life he never wanted to do anything else.

After his three years at The Citizen he moved to the Western Morning News, the regional morning newspaper at Plymouth, but eight months later, on learning that they were short of a sub-editor, he returned to The Citizen.

In 1994 he left the Daily Mail to become consultant editor at the Western Daily Press in Bristol until he retired from full-time work in 2000. Afterwards he was commissioned to write travel articles, which took him to France, all around the Mediterranean and Europe and further afield to the Maldives, Singapore and Hong Kong for several newspapers and magazines including The Independent, the Jewish Chronicle and the Eastern Daily Press in Norwich, for whom he also wrote a weekly food and wine column. He was also for many years editorial  consultant to both the Egon Ronay Organisation and an English-language magazine group in Helsinki.

In 2006 he moved from Bromsash, near Ross-on-Wye to  a cottage in the village of Domecy-sur-le-Vault in Burgundy and split his time between France and his flat in Brixham in Devon. Until well into his seventies he was paddling his canoe regularly on the rivers in Burgundy.

He always attended the  OCs’ Oxford dinner until it ceased and the London OCs’ dinner every year.

This year’s Cryptian is available on line at https://issuu.com/thecryptschool/docs/old_cryptian_2022/100 – lots of school information and plenty of articles from former Cryptians. 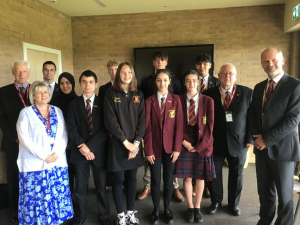 The school welcomed #OldCryptians Richard Briggs and Richard Browning into school on the 29th June for the annual award of the OC bursaries to ten students. Well done to them all and our thanks to the generosity of the OC Club.

If you shop Amazon Prime Day deals on 12 & 13 July, Amazon will double donations: Simply shop with AmazonSmile ON in the Amazon Shopping app or at smile.amazon.co.uk/ch/1094627-0, and AmazonSmile donates to The Old Cryptians’ Club Centenary Bursary Fund 2001.

Tickets are now available for the buffet with a cash preferred bar on 18 June at St Mary de Crypt from 5.00pm – 8.00pm.
They can be purchased from this link…. https://oldcryptians.org/product/2022-buffet/
Any queries please email dinner@oldcryptians.org 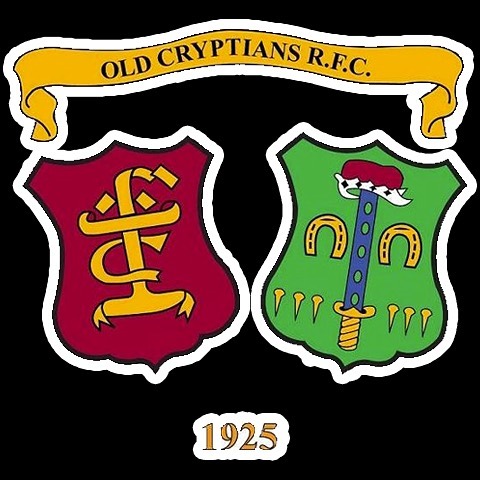 OCRFC are looking for a new Head Coach for the upcoming 2022/23 season.

Our 1st XV are currently in Gloucestershire Premier where we finished 5th narrowly missing out on top 4 in our first season in this league.

With over 100 players used this season across 3 teams and over 40 players used in the 1st XV we have a large playing and training squad with great strength in depth.

We are looking for an experienced, enthusiastic and committed individual to lead us forward as a club.If this vacancy interests you and you think you have the ability and skill set to deliver then please get in touch with the club.