Roy Nicholas, a talented former Cryptian, has recently passed away after a lifelong service to the local community. Roy was at the Crypt during the immediate post war period and distinguished himself from an early age in the field of mathematics and science. He was also a prodigious musician excelling at the piano and later organ. Roy had the misfortune of losing his father during his teenage years which forced him to leave Crypt prematurely to help look after the family.

He took an apprenticeship at GAC in Brockworth and worked on the development of both the Meteor and the Javelin. He later joined Smiths Industries (Aviation division) at Cheltenham working on instrumentation for the Concord.

His strong personality stood him in good stead as he rose to Shop Steward. Later he worked as Personnel Manager at Bensons based in Brimscombe before the company moved to Malaysia.

Roy was on Minchinhampton Parish Council for no less than 50 years and for a long period from the 1970’s on Stroud (Urban) District Council. He supervised the eventual move to Ebley Mill and was instrumental in helping to found the Longfield Hospice in Minchinhampton. His many interests apart from Organ playing at the Crypt school and many Provincial Masonic functions included singing as 2nd Tenor with the Dursley male voice choir.

After a very busy and productive life we remember Roy with considerable pride and extend our condolences to his son Stedman and daughter Sarah. 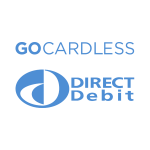