We are delighted to let you know that our Annual Dinner will take place on Saturday 25th March 2023 at the Crypt School. This will be our first full event since 2019, so we are really hoping to see as many Club members, partners, other former pupils and staff members as possible.

The price of the event will be £33 for members, £36 for non-members and £22.50 for under 21’s.  There will also be a bar for drinks before and during the meal.  The dress code will be smart casual, not least because many of the men probably can’t find their suits (or they need dry cleaning like most of mine!).

Our guest speaker will be Ian Dench (1975 – 1982). Ian is probably best know for his role as the lead guitarist and principles ongwriter with the band EMF, who’s first single Unbelievable became one of the iconoic UK hits of the 90’s and reached number one in the US. Ian has built varied career as a song-writer, penning the duet Beautiful Lies for Beyonce and Shakira and also building a successful career in the music industry, including finding talent via his own record label.

The best way to secure a place is to pay via bank transfer and fill in the form here so we can capture the essential information.   Our bank details are;

If you wish to pay by cheque, please drop a note to admin@oldcryptians.org and we’ll send you the details.

Our AGM will also be held on the above date, details of which will follow in the coming month. The timings for the evening will be;

So why not use this as an opportunity to get together with friends, lost acquaintances and make new connections (but not in the Love Island sense!).

Any questions, please drop me a line at president@oldcryptians.org

Dear Old Cryptians,
I was debating with colleagues only three days ago on Friday last week when one can stop wishing people Happy New Year. I think it’s probably mid-January, so I’ve just enough time to wish you a Happy New Year!

There are two really important thing for this eNews – the OCC Annual Dinner and New Committee Members.

First, the Annual Dinner. We are shooting for Saturday 25th March at the school. Resurrecting things after the hiatus caused by the pandemic is not always easy. The momentum is lost and sometimes interest has waned.  But I know from experience, getting back together with people is hugely important and can’t be replaced by technology, as wonderful as that is. For now, all I ask is that you save the date and also complete the shortest of forms ever made –https://forms.office.com/r/dJ5NG2uPsF . This will help us gauge interest in the event before we commit and risk club funds on a non-refundable deposit.

Secondly, the Committee.  Our AGM will also take place at the end of March. We’re always interested in seeking new committee members, but particularly so at this time, when we need to seek the skills that will strengthen our future as a Club. You can find out more on our website here or contact me direct (president@oldcryptians.org).

We are looking for new committee members to support the future work of the Old Cryptians’ Club and bring in the skills we need to achieve this.

The Club has a long tradition and heritage, stretching back for more than 100 years. But it also must adapt to ensure and secure its future, reflecting the school as it is now and meeting the needs of younger generations. Most important is enthusiasm and a commitment for change, although we’re particularly interested in former pupils with skills in the following areas;

The OCC committee comprises 12 members including officers i.e. President, Vice President, Treasurer and one ex-officio who represents the Centenary Bursary Fund. Committee members are elected for two years and if they so wish can stand for re-election in March at the AGM.

The committee meets 3 times a year, usually in October, January and May (hybrid or virtual) with the AGM in March before the Annual Dinner. Meetings last 90 minutes and are agenda based with reports available before the meeting to allow time for questions/decisions/actions.

Being on a Committee is rewarding and helps you develop skills useful both for work and life. Former pupils of any age or background will always have something to give. If you think you could contribute a small amount of your time please do get in touch with our President Simon Smith (email address president at oldcryptians.org) to discuss further.

Crypt careers lead Chris Germaine is looking for some OCC input. He writes…

As the new academic year is about to start, I am looking for Old Cryptians who are interested in sharing their career journey since leaving The Crypt? A great opportunity to reminisce about your time at school and staying part of the 1539 Foundation.

I would love to hear from you to create a series of podcasts and video chats to share and inspire with current students, as well as share amongst the OCC network.  I would love it for you to get involved.

Send your details to webmaster@oldcryptians and I’ll forward to Chris.

Dr. Graham Russell writes to tell us that “PD” Roberts passed away on 8th August.

He was always known as “PD” and his National Service took him to Canada Canada for pilot training.

Peter was an active, respected and loved president of the Gloucester City Hockey Club, who have written a moving tribute to him on their website, as well as a keen yachtsman.

The Club is saddened to receive the news that Gerald Rudge has died aged 78 years.

Thanks to Dr. Graham Russell who sent us the following…

Gerald was a journalist & one time Literary Editor of the Daily Mail.

He subsequently returned to live in Ross & worked for the Western Daily Press. On retirement he moved to Brixham & Burgundy, France.

He was a great supporter of the OCC, regularly attending London & Oxbridge dinners.

I am in touch with his sons.

I will attend his funeral on 17 August @ Linton Church, nr Ross.

My father Gerald Rudge (1954 – 61) described himself to me as “a reluctant pupil” for his first three years at the Crypt. It seems his elation at having passed the 11-plus and being rewarded with the customary new bicycle was short-lived. He quickly found himself being compared unfavourably with his academically gifted elder brother, Edward, in whose shadow it seemed he was destined to exist.

Fortunately there were exceptions. At the beginning of Year Three he found that  Fred Strachan was his new French teacher, Bernard Jones for art and, best of all, Charles Lepper for English Language and English Literature.

Immediately these three encouraged him to believe in himself. Charles Lepper discovered an embryonic creative writing talent in my father which he encouraged him to pursue and develop in his spare time. In his last year at the Crypt he  decided on a career in journalism and began writing to local newspapers to try to find a vacancy for a junior reporter.

The Crypt’s maths master A.L.C. Smith also doubled up as Careers’ Master at that time and apparently made no secret of a bizarre distaste for newspapers and journalists.

This is how my father recalled his conversation with A.L.C. Smith:

“We don’t like to think of boys from the Crypt becoming newspaper reporters. Do you really want to spend your time hanging around in the rain on street corners? Newspaper reporters are in the same bracket as second-hand car salesmen and estate agents.”

Much to A.L.C. Smith’s chagrin Gerald began work as a junior reporter at The Citizen, then in St. John’s Lane connecting Gloucester’s Northgate and Westgate streets, in 1961 and after completing a satisfactory six-month probationary period signed his indentures for a three-year training.

It was the career of his dreams – and for the rest of his working life he never wanted to do anything else.

After his three years at The Citizen he moved to the Western Morning News, the regional morning newspaper at Plymouth, but eight months later, on learning that they were short of a sub-editor, he returned to The Citizen.

In 1994 he left the Daily Mail to become consultant editor at the Western Daily Press in Bristol until he retired from full-time work in 2000. Afterwards he was commissioned to write travel articles, which took him to France, all around the Mediterranean and Europe and further afield to the Maldives, Singapore and Hong Kong for several newspapers and magazines including The Independent, the Jewish Chronicle and the Eastern Daily Press in Norwich, for whom he also wrote a weekly food and wine column. He was also for many years editorial  consultant to both the Egon Ronay Organisation and an English-language magazine group in Helsinki.

In 2006 he moved from Bromsash, near Ross-on-Wye to  a cottage in the village of Domecy-sur-le-Vault in Burgundy and split his time between France and his flat in Brixham in Devon. Until well into his seventies he was paddling his canoe regularly on the rivers in Burgundy.

He always attended the  OCs’ Oxford dinner until it ceased and the London OCs’ dinner every year.

If you shop Amazon Prime Day deals on 12 & 13 July, Amazon will double donations: Simply shop with AmazonSmile ON in the Amazon Shopping app or at smile.amazon.co.uk/ch/1094627-0, and AmazonSmile donates to The Old Cryptians’ Club Centenary Bursary Fund 2001. 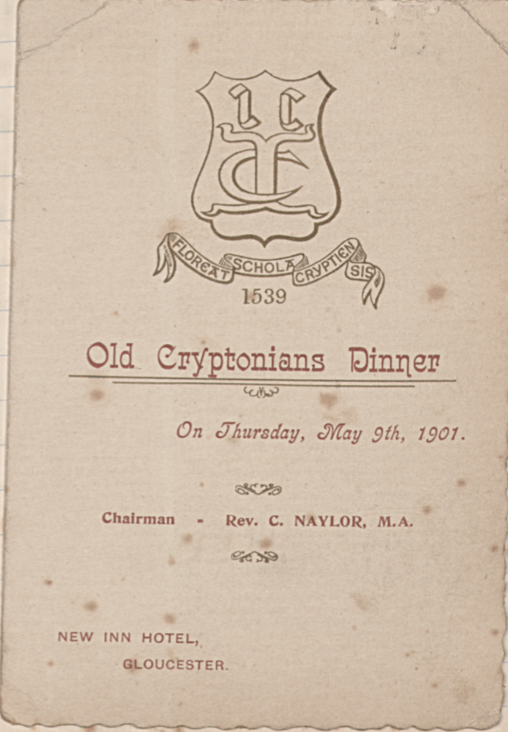 In the last eNews I was pleased to tell you about the fantastic work done by Richard Briggs with digitising some of the OCC Archive which is held in the Heritage Hub in Gloucester. The first phase of this work was carried out with the kind sponsorship of one of our members and we’re now looking for further sponsorship to continue this vital work. If you are interested then please do contact me via president@oldcryptians.org You can view the work being done here: https://oldcryptians.org/club-archive/

After some technical challenges following the upgrade to the website we have got the shop up and running again.

The next thing we want to look at is what we should be selling. The ties sell quite well especially before the annual dinner, as does the beanie. Maybe a decent pen with the Club logo?

What do you think would sell, or what would you buy? Send your suggestions to us here. 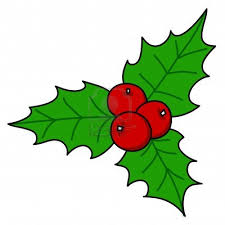 Its been an interesting year, to say the least, in terms of the future of the Old Cryptians’ Club. We are still working through the implications of the 1539 Foundation for us and how that shapes the future of the club. Myself and Simon Smith, the Vice-President, had a good meeting with the head and the administrator of the foundation recently. It will help us look at how we can take the OCC forward and I hope to share those plans once we have an agreed position with the committee.